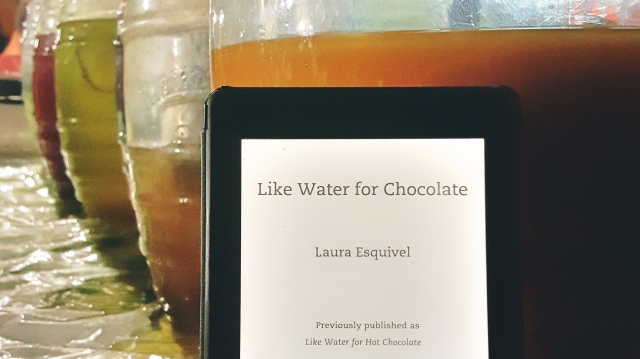 Martín repeats this a few more times, pointing his fork at Carlos, who is staring at his food.  The other construction workers chew quietly, either polite or bored.  Mosquitos hum about us in the heat.

Martín continues, now at full speed: “In just 30 years Cuba has now the highest literacy, the lowest crime.  Where has Mexico gone in that time?  Nowhere.”  It’s clear this isn’t really about the Cuban leader.

“We get growth like this”, he gestures around, “everything sold out to gringos.”

It’s not the first time I’ve heard it. I’m volunteering at a hotel in Tulum, a town on Mexico’s Yucatan Peninsula, one of the most prosperous tourist destinations in the country.  For those of us passing through it’s undeniably beautiful, but I can understand why Martín is not a fan.

Tulum is upscale eco-chic.  If Cancun is where American spring-breakers go to get drunk, then Tulum – just down the coast – is where their baby-boomer new-age parents go to do yoga and crystal healing workshops. Everything is artisanal and wholesome on the surface, but the surface isn’t thick.  Most famously, the town was the subject of an investigative piece in the Guardian earlier this year about reclamations from rich hippies who profited from buying dodgy land in the 70s.  Carlos, the man Martín was yelling at, lives on “invasion land” – taken forcefully from foreign landowners by local people. 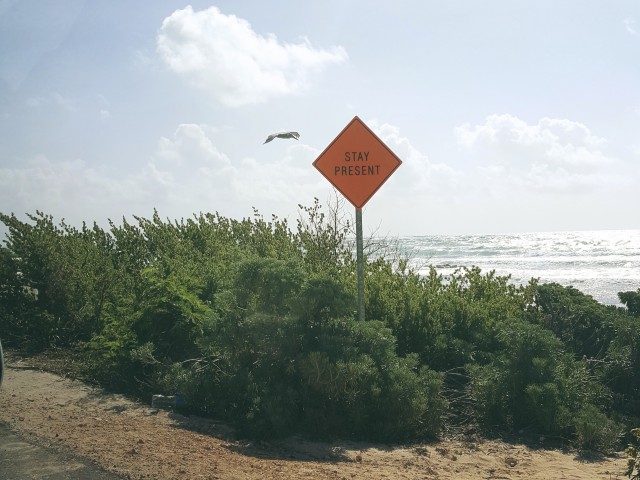 “Stay present”: one of Tulum’s many cautionary road signs

Despite (or perhaps because of) its liberal credentials, it is not a good place to be hunting for books.

A day before, unexplainably reading a book about the English Middle Ages in Mexico, I wonder what on earth I’m doing, and the idea behind this blog is born.  I think it might help me get to the bottom of some of the contradictions I’ve encountered in throughout Mexico over the last month.

I bask in the idea for a few hours, before realising I’ve promised to be over the border in three days.  72 hours to find and read “the Mexican book”.  Bugger.

Although you can pick up a dreamcatcher ($130) from a dozen or more outlets in town, there’s no bookstore.  I try the gift shop at the nearby ruins (the one that Justin Bieber was removed from for mooning), but it only stocks translations of the Popul Vuh, an ancient Mayan text, and unfortunately Guatemalan in origin.  I go to the local supermarket which has a few mass-market paperbacks, next to copies of Hola! magazine, but no Mexican authors.  I hear of an hotel with a book exchange, but I’m stopped mainly by the thought of walking there in the heat (it is over 42°C) and the thought that they might just have 30 copies of Eat Pray Love… Finally, I settle on an emergency Kindle purchase. 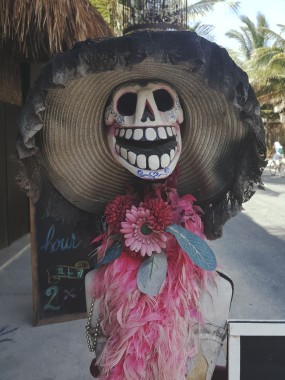 “I’ve got a copy of Eat Pray Love that you could borrow?”

Now less limited, I consider my options.  Mexico has a strong literary tradition and many internationally-regarded authors.  Should I read Carlos Fuentes, who was often named as a Nobel Prize candidate before dying in 2012? What about Octavio Paz, who did win it in 1990, along with almost every other prize going?  Juan Rulfo, Gabriel Ponce, Elena Poniatowska? I briefly consider counting Gabriel Garcia Marquez as Mexican: after all, he lived in Mexico for almost as long as Poniatowska did.  Too problematic, I decide eventually.

I’ve almost settled on re-reading one of my favourites: The Underdogs by Mariano Azuela (on the basis that it’s £0.99 on Kindle and helpfully very short) when I decide to ask Martín.  He answers immediately: Like Water for Chocolate by Laura Esquivel.

I realise my mistake.  Laura Esquivel: we’re on.

The recommendation is unsurprising on one level: Like Water for Chocolate (orig. title: Como agua para chocolate), published in 1989, spent two years at the top of the Mexican bestseller chart, and is one of the country’s most enduringly popular books.  That Martín would recommend it was a little more surprising.

“Like water for chocolate” is a Latin American expression meaning “at boiling point” (i.e. the temperature needed for hot chocolate, which is made here with water not milk).  That just about summarizes this love story, written like a fable, in which all emotions take place at breathy fever pitch, all sensations are extremes, and all characters are like hollow cups filled with singular, intense personalities.

I end up swallowing the book in a few hours, and mostly enjoy its simple, implausible story. It has novelty: originally published as a monthly serial, each chapter is built around a different recipe, from Turkey mole to matches.  Each recipe sets the flavour for the actions of that chapter, such as the recipe for rose petal sauce which acts as a love potion, eventually sending two characters off on a fully-naked elopement.   It was part of the magical realism boom in the last century, and clearly chimed with an emergent feminism and sexual liberation in Mexico at that time.

Unfortunately, I cannot ignore its many faults.  Whether the fault of Esquivel or the two translators, there is some pretty dodgy writing,[2] but the bigger problem is something else.

The book demands too little of its audience.  “Anything could be true or false, depending on whether one believed it” (Ch.7), the protagonist says at one point.  Like the works of Paulo Coelho (whose The Alchemist was published the year before) it is filled to the brim with vague Latin-tinged spiritualisms and highly-unspecific cultural touchpoints.[3]  The emotional climaxes are just universal enough to have mass-market appeal but not enough to ring true: like the grandmother who reveals a “secret” to her grandchild, which turns out to just be another quasi-spiritual aphorism.[4] It is what people criticise Coldplay for.

Then I realise.  This book is Tulum.

And, worse…  This is precisely the book that you would recommend to a gringo; one who thinks he can understand an entire country whilst reading only one book.

I begin to think about what I hoped to achieve with this project.  Have I done the country a disservice by not choosing Octavio Paz as my “Mexico book” instead?  What did I hope to learn that I wouldn’t have learned over a few more bean tamales, sat amongst the roaring mosquitos?

I am not sure.  Either way I must leave Mexico.  I say my goodbyes to Martín and the others, who managed to be some of the kindest men I’ve ever met, amidst all the land disputes and new age bullshit.  The questions pursue me on the nine-hour bus ride into Belize, and I wonder whether after country #2 I’ll have better answers.

[2] E.g. ‘Straining her eyes, Tita was thrilled to see John’s cart.  He was back already.  When she saw it, Tita felt completely confused.’ (Ch.10), or ‘”How awful, Tita!  What are you going to do now?” enquired Paquita venomously.’ (Ch.12).  Finally, one which I am charitably putting down to bad writing rather than something more serious; the moment when a character finds out his wife had a black father: ‘it was a hard blow for Juan to take, but at least they didn’t separate’ (Ch.9)

[3] Like the ‘crafty Chinaman’ who ‘dealt in smuggled goods’ (Ch.2), or the ‘revolutionaries’ who storm into town on horseback but turn out to be perfect gentlemen (Ch.4)

[4] ‘“Let me tell you something I’ve never told a soul.  My grandmother had a very interesting theory; she said that each of us is born with a box of matches inside us but we can’t strike them all by ourselves”’

This site has moved!  New (and better) site can be found here.